Tardive Dyskinesia vs Drug-Induced Parkinsonism: Know the Difference to Make a Difference 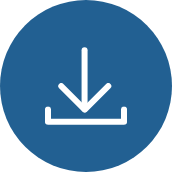 Tardive dyskinesia (TD) and drug-induced parkinsonism are movement disorders associated with exposure to dopamine receptor blocking agents (DRBAs).1 The manifestations of these disorders can be embarrassing for the patient, can impede patients’ daily activities, and—in the case of TD—may be permanent.1 Importantly, treatment recommendations for the 2 drug-induced movement disorders differ, with each condition requiring its own unique management.2-5 Therefore, it is simply not sufficient to be aware of the risk of TD and drug-induced parkinsonism with DRBAs, according to faculty members Leslie Citrome, MD, MPH; Daniel E. Kremens, MD, JD, FAAN; and Henry Nasrallah, MD. These experts recognize that it is essential for clinicians to be able to distinguish between these sometimes stigmatizing and disrupting disorders to provide patients with the best care possible.

“TD and drug-induced parkinsonism are 2 entirely different movement disorders in terms of time of onset after exposure to DRBAs, the pattern and type of movements, the body distribution of the movements, the reversibility of the movements, and the pathophysiology underlying each disorder. It is vital that clinicians recognize what type of movement the patient is manifesting because the goal of treatment of drug-induced parkinsonism is to increase dopamine activity, whereas the goal of treatment of TD is to decrease dopamine activity.”

Make a Difference By Getting to Know TD

TD is classified by delayed and persistent abnormal, involuntary, and repetitive—not rhythmic—movements.6 Specifically, the Diagnostic and Statistical Manual of Mental Disorders, 5th edition, defines TD as “Involuntary athetoid or choreiform movements (lasting at least a few weeks) generally of the tongue, lower face and jaw, and extremities (but sometimes involving the pharyngeal, diaphragmatic, or trunk muscles) developing in association with the use of neuroleptic medication for at least a few months.”7 Generally, symptoms of TD persist beyond 4 to 8 weeks.7

TD is classically thought of as oro-buccal-lingual dyskinesia but is increasingly recognized as a syndrome that may include a variety of motor manifestations.9 TD is one of several movement disorders associated with exposure to antipsychotic therapy; another to be discussed herein is drug-induced parkinsonism.10 While both movement disorders share exposure to DRBAs as the underlying cause, they each typically follow different time courses, have different clinical manifestations, and respond to different therapies because of their different pathophysiologies (Table 1).

The Figure helps to illustrate movements that may help differentiate TD from drug-induced parkinsonism.1,5

Make a Difference by Distinguishing TD From Drug-Induced Parkinsonism

It is not enough to be acquainted with TD, according to Dr Kremens. “It is crucial to distinguish TD from drug-induced parkinsonism because there can be serious implications for treatment,” he says. “Treatments for parkinsonism, such as benztropine, can actually worsen TD in some instances and is not recommended. Failure to distinguish between these 2 conditions may lead to poor outcomes for patients.”

A difference that may aid in an accurate diagnosis is noting the timing of symptom onset. Symptoms of drug-induced parkinsonism can surface within days or weeks after initiation of an antipsychotic. In contrast, symptoms of TD may not manifest for months or years.1 As such, symptoms of TD can be masked by ongoing treatment or by increasing the DRBA dose.11 Furthermore, TD may become permanent, regardless of whether the causative agent (ie, antipsychotic drug) is discontinued.11,12

Table 1 provides a side-by-side overview of TD and drug-induced parkinsonism, highlighting some key differences between these movement disorders.

Although the pathophysiology of TD is complex and multifactorial, the predominant theory suggests that TD and drug-induced parkinsonism may have opposing mechanisms with respect to dopamine signaling.15 “The dopamine hypersensitivity hypothesis is a heuristic theory that argues that TD results from chronic blockade of D2 receptors resulting in upregulation and super sensitivity of postsynaptic receptors,” explains Dr Kremens. The pathophysiology of drug-induced parkinsonism is related to drug-induced changes secondary to dopamine receptor blockade.1 When D2 receptors in the striatum are blocked, downstream GABA-nergic and encephalin-containing striatal neurons are disinhibited, impacting the indirect pathway.1 “This results in a practical hypodopaminergic state,” continues Dr Kremens.

Our movements are coordinated by the extrapyramidal system via the “direct” and “indirect” pathways of the basal ganglia.15 By blocking dopamine D2 receptors located in the ventral striatum, the production of hallucinations and delusions potentially can be reduced in intensity and frequency.15 However, antipsychotics also block dopamine D2 receptors in the dorsal striatum, which can lead to bradykinesia and tremor14—similar to what is seen in Parkinson’s disease—thus this side effect of antipsychotic therapy is called drug-induced parkinsonism.

Dopamine D2 receptors are related to the manifestation of TD as well; some studies suggest that TD results from hypersensitivity to dopamine.1 “TD is thought to occur when long-term exposure to antipsychotics—and thus long-term postsynaptic D2 receptor blockade—causes the dorsal striatum to adapt by increasing the number [ie, upregulation] and the sensitivity of D2 receptors,” explains Dr Citrome. “This leads to a higher likelihood of dyskinetic movements.”1

Know How Treatments Can Affect Both Conditions

Understanding underlying pathophysiology is key to understanding the effects of certain treatments. The treatment approaches for TD and drug-induced parkinsonism are distinct and rely on the accurate identification of the underlying movement disorder.1 In his commentary, Knowing the Difference Can Make a Difference (page 1), Dr Nasrallah states that anticholinergic agents are sometimes used for drug-induced parkinsonism “because they may increase dopaminergic activity and help reverse the hypodopaminergic state of drug-induced parkinsonism” and adds that using anticholinergic agents in TD “may further exacerbate the hyperdopaminergic state—rather than help it.” Table 2 takes a closer look at both drug classes and their effects on patients with either movement disorder.

Finally, it is important to consider that, after waiting for decades, evidence-based treatments for patients with TD were approved in 2017. The American Psychiatric Association recommends that patients with moderate to severe or disabling TD associated with antipsychotic therapy be treated with a reversible inhibitor of vesicular monoamine transporter 2 (VMAT2).3 Treatment with a VMAT2 inhibitor can also be considered for patients with mild TD, based on factors such as the clinical need for ongoing antipsychotic pharmacotherapy, patient preference, associated impairment, or effect on psychosocial functioning.3